“We are ecstatic to have The Tom of Finland Foundation on board!” exclaimed Mistress Cyan. “It’s an honor and a lot of fun to have them with us. We also can’t wait to see what Summer and her guys this year. I first saw them perform at Las Vegas Pride 2019 and was impressed with the way they engaged with the crowd. Summer makes the audience feel like they’re part of the show!”

Christopher Street West (CSW), a 501(c)3 non-profit, organized the world’s first permitted parade advocating for gay rights on June 28, 1970 as a response to and in commemoration of the Stonewall Rebellion on Christopher Street in New York City the year prior. Since then, CSW has built a rich history as an active voice for the LGBTQ+ community across the Greater Los Angeles metropolitan area. Today, CSW continues to produce the LA Pride Parade and Festival every June in the City of West Hollywood. CSW also organizes a number of events throughout the year with non-profit, philanthropic, community, and corporate partners.

Do you have a foot fetish?

Tell me all about it below!

I am in am in Warsaw -Poland.
Kiss My feet , pamper Me, obey! 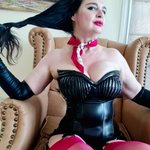 I recently reviewed the Slubb, and I was seriously impressed with the response I got... maybe you will too.

If you decide to get one of your own use the code "HOOPER" to get $25 off!

Read what I thought about @SlubbUsa below.