Mistress Eva is going to the OWK on May 14th-16th and she’s looking for a filming slave/performer to create new content while she is there.

Interested applicants should know that they will likely be hooded during filming. Travel costs will be negotiated. Having a latex wardrobe is a bonus in your consideration.

Essential requirements are that you are a male age 21-45, that you’re a native or fluent English speaker, and that you have recent sexual health results you can provide.

Professional applicants who have at least three titles shot under your stage name should provide your rates and terms.

Amateur applicants will be required to pay a tribute to participate in such a unique opportunity.

Applicants should be experienced in and comfortable with:

More about Mistress Eva is available at youwillpleaseme.com.

Her work and views on issues in the sex industry have been featured in international media including the VICE network, DAZED and the Washington Post.

The Other World Kingdom (OWK) is a private state, founded upon the principle of a slave-holding Matriarchal monarchy. The present Ruler – Queen Patricia I. – founded the OWK on June 1, 1996.

The OWK is governed on the basic principle that the WOMAN is always, everywhere and in everything superior to the male creature. A WOMAN in the OWK has the undeniable right to own and use slaves. The OWK is a nation without borders and may extend its reaches to anywhere on Earth.

The capital city of the OWK and seat of the Queen is the Area of the Queen’s Palace in the Black City in the Czech Republic (Europe).

The OWK as a true state is governed by its own laws and regulations and has its own currency, passports, police force, courts, State Flag and State Hymn. 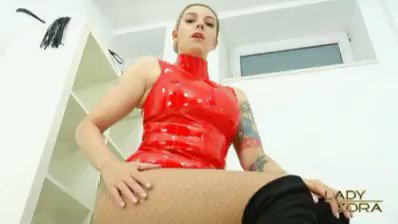 Help me win Toys’ In’ Us by voting for my video! https://www.pornhub.com/contest_hub/viewers_choice/sophie-shox

Check out @MadameMarissa's video "Long standing and stomping on his hands" at Cliptress: 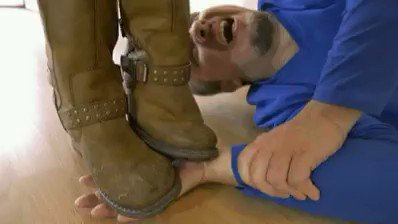