It’s Her World, She Just Lets You Live in It

A Profile on MixTrix by Miss Kate

I don’t idolize Dommes because I’m afraid that I’m going to unconsciously (or consciously) rip off their style. This isn’t to say that I don’t admire or enjoy other Dommes work. I would be lying if I said I didn’t. There are a handful of Dommes that I admire greatly and who inspire me to explore things I may not have previously thought of. MixTrix is probably number one on my list of Dommes that inspire me. She so graciously allowed me to ask her a few questions on her world as a cruel with a sense of humor lifestyle and pro Domme.

When did she start this professionally then? She started real time sessions about eight years ago and got involved in online Femdom/Findom almost five years ago. When she did enter the online realm, she of course gravitated towards the fetish side of things, seeing as how her own sexual predilections ran to the fetish side. But she is quick to point out that she was late to the party in the technology department.

MixTrix counts exposure, dirty talk, human ashtray and furniture, spit fetish, mental and financial domination, CFNM, objectification of all types, watersports, and verbal humiliation as some of her specialties. In fact, it was her love of spitting that made me explore spit fetish. I had never thought about it before I started seeing her Twitter posts featuring it. Not too long after I saw her spit gifs, a sub came to me asking for spit play, which I was more than happy to oblige in. And low and behold, I enjoyed in immensely.

Of course, what activities she does will absolutely vary from sub to sub. That’s the way it should be. While some things might be fun with one sub, it might not be so much with another. And how should you approach her: Make it all about her. What are her favorite and least favorite parts about being a Domme? It’s the power exchange and interacting with her boys and the drama and in-fighting the he scene, respectively. Things I can relate to completely. I often wonder why there this dichotomy in our community: it’s either all love or it cat-fighting.

Ballbusting: I find kneeing men in the balls is more fun than just kicking them because I can get closer and be right in his face. It adds a different more intimate sort of dynamic and the eye contact goes a long way.

Lessons We Can Learn from MixTrix

Very curious, I asked if there was something she had learned that she had wished someone would have told her before entering Dommehood. While she couldn’t think of something off the top of her head, she did say that she thought learning things the hard way, through good old trial and error, is sometimes the best way to learn. Hardest lesson she has learned? You can only count on yourself.

Domme? Without a doubt, it’s to learn and educate yourself about what you are doing as far as fetishes and kinks go. Those kinks are triggers that can help you dominate your sub better. Another piece of advice? Don’t bother engaging in any aspect that you are not comfortable with or that you’re not into yourself. And lastly, don’t do any of it purely for the money or you will end up hating it. Do it for the fun first and then enjoy getting money for the things you find fun. All solid pieces of advice.

My personal thoughts on whether one is born with a dominance trait or if it can be taught tend to lean towards the school of thought: “If ya got it, ya got it”. This is one of my favorite questions to ask other Dommes and I was excited to hear what MixTrix thought. Her thoughts ring similar to mine. “I believe it is something you either are or are not. It is an orientation thing, not an affectation. I believe a person can learn to TOP another, but Domming is inherent.”

Will She Be Mentoring Anyone Any Time Soon?

As I mentioned, I don’t really look up to any Dommes. But I did ask Mixtrx if she has someone she looked up to, someone that inspires her to be a better Domme, or a mentor. Not exactly, she says. She says she doesn’t look at things in an individual way, instead she prefers to think collectively. And collectively, she finds all the ladies inspiring, “They all do something sooner or later that makes me say “way to go, you rocked that”.

She, herself also has no interest in mentoring anyone, although she does get asked daily. This doesn’t surprise me in the least. Like I said, she is number one on my list of inspiring Dommes.

She points out that her personal and work life, hobbies, sexual interests, and having fun are all one and the same. Working for her isn’t the same as what it may be for other’s working in the same field. She does note that she doesn’t own a smartphone. While she is at home, she spends plenty of time on the internet. The last thing she wants while she’s out for dinner or playing tennis is to be tied to the online world.

She unabashedly says that she engages in whatever pleases her or makes her feel good, pointing out that it has always been a lifelong habit. One thing she does relish in and can’t get enough of: going for long walks by herself. She has so many people vying for her time and she wants some of it too, so she always makes sure she gets it.

What is the color of money?

Without a doubt, it is green. Green is the color of envy of course, and money is often the foundation for envy. But green also symbolizes growth and money is the power to grow your options. So, I think of it as green. Plus, I am an American, so green is LITERALLY money color here, which made my answer pretty easy lol.

As a little tongue and cheek way to end the interview I like to ask a few silly questions. What does she want to be when she grows up? When does she plan on becoming an adult? Does she have an exit strategy? And how lucky does she consider herself? She amusingly says that she was born an adult. She wants to be the “me” she already is when she grows up. It’s Domme ’til death for her. And that she is an extremely lucky person. “The obvious reason is that my lifestyle, hobby, and work are all one and the same. That would make anyone lucky. Beyond that, fortune smiles on me always. And even the bad things are simply a lead up to good ones coming down the road.” 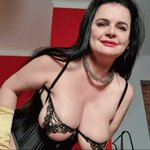 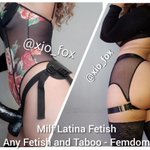 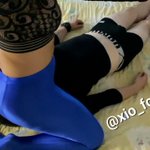