Los Angeles, CA — Jay E. Moyes, A.K.A. Fetish Artist of FetishArtist.net is featured in the latest issue of Barely Evil. The award-winning magazine recently published an interview with Moyes along with recent works from the artist.

Presented by MyFreeCams.com and produced by the makers of BlueBlood.com, gracing the cover of Barely Evil is Ophelia Rain, along with Brandie Graves, Molly Winters and a graphic by Moyes that was once on display at La Luz de Jesus in Hollywood. The alternative-adult magazine covers “Wicked hot bad girls, punk troublemakers, devilish goth babes and tattoo pin-ups.”

“Amelia G, and Forrest Black of Blue Blood have been talking with me about collaborations for quite a while now,” said Moyes. “So this is a great honor I’ve been looking forward to. What we didn’t mention in the article, is Amelia and Forrest introduced me to Matt Kennedy of La Luz de Jesus. Without them, I might not have had the confidence or connections to be where I am now. I’m very grateful to have my work in Barely Evil, and hope we have many more opportunities to work together in the future.”

To get your digital or print copy, go to BarelyEvilMagazine.com

I added a new section to my website, speaking about my hobbies and interests in my vanilla life so you can get to know me.

Whether you’re new here or been around for a while you should go and read it! Don’t forget to let me know what you think👇🏻❤️

Goddess Kalinda loves her whip. So do not unnecessarily provoke her and obey! 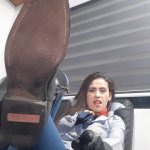 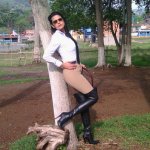 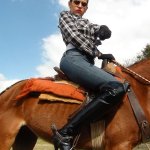 Titty bounce after a successful workout, put your tongue in between and taste my sweet sweat.
Katisamazing512@gmail.com
-Goddess-SweatFetish-Fetish-