If you are interested in more information or an interview with Miss Kate, please contact info@sightkey.com.  More information about DommeLinx is available at http://dommelinx.com.

Miss Kate’s has a Business diploma and a diploma in Communications. She also has a BA (honours) in Criminology and certificates in Event Planning and Makeup Artistry, which is an amazing accomplishment considering she earned those accolades while coping with ADHD and battling a nasty and crippling 17-year drug addiction.

Now clean & sober, she writes with the same intense, fiery, and passionate heart that she conducts all her sessions. Her focus is to destigmatize sex work and advocate for sex worker’s rights.

Known as the Sadistic Sweetheart & Sex Worker Extraordinaire, Miss Kate is available for real-time sessions. You can also catch her on SkyPrivate at http://bit.ly/2rX5baU, offering physical and verbal humiliation sessions.

As a regular contributor and editor at DommeLinx.com, Miss Kate plans on educating, engaging, entertaining, and perhaps enlightening all the wonderful Dommes out there and those who love and serve them. At present, she is also a contributor at www.ocamgirl.com, www.kinkemagazine.com, and www.modernculturalreject.com.

"When it comes to worshipping your Superior Goddess, you know where you belong. At my feet. My feet are your altar. They rule you. They control you." 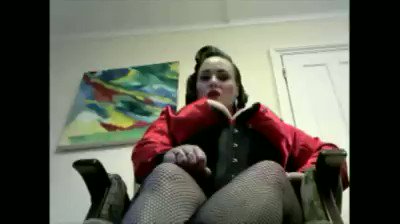 Do you think you could help get the word out to your followers?

"It’s easy to feel helpless amid all of this chaos, so here’s something really simple and really positive that you can do right now..." 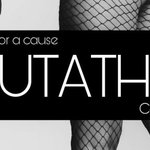 That's your chance to bow down before two ultimate Tattooed Goddesses! @mika_mistress

Unlock 'New receptionist pays for her mistake' and hundreds of other clips NOW at only $20/month!