“Thank you so much to our Mistresses of Ceremonies, Guests of Honor, and our Board of Directors, hard working staff, and of course all our guests for making DomCon New Orleans 2018 one of the best ever,” said Mistress Cyan, DomCon’s Founder and Executive Producer. “Kind thanks to our sponsors like AVN, Whiplr and Sybian. Special thanks to our vendors like Whipping Stripes, Leather by Danny, and Whispers of Fire who came from so far away to join us!”

Setting DomCon NOLA apart from the sister venue in Los Angeles, and other kinky events, was the energetic setting of the historic French Quarter in New Orleans. Guests and staff were always surrounded by beautiful scenery, decadent food, wild party atmosphere.
“This was my first DomCon in NOLA and I had an absolute blast,” posted Mistress Jade Desires on Fetlife. “I met so many wonderful people, reconnected with old friends, took several pro and non-pro classes, partied on Bourbon Street, enjoyed playing throughout the weekend, and had the opportunity to explore a bit of New Orleans.”

The DomCon 2nd Line Parade, sponsored by Fetpros.com, Simone Justice and Goddess Phoenix, was a hit with locals and tourists. Led by DomCon Parade Queen Elena De Luca, DomCon guests in leather, latex, and other fetish gear danced through the world famous French Quarter. The celebration drew positive response on the street and generated curiosity about the event. There’s no doubt this will be a growing part of DomCon NOLA in years ahead.

“Last year was great but this year was amazing!” Tweeted Guest of Honor Mistress Mercenary. “Thank you Mistress Cyan and DomCon’s many volunteers, vendors, presenters and performers! I cant wait for next year!”

The DomCon leather family is already gearing up for the Los Angeles convention, set for May 8-12, 2019. Go to DomConLA.com and DomConNewOrleans.com for more details on these events, or check out The Official DomCon Group on Fetlife.com.

Click on the thumbnails below to see the full-size photos!

Another Evelyn Milano puppet on Niteflirt just made me a favorite. Wanna be next? http://bit.ly/EMFLIRT

What a dream it is to see you again @MistressBlunt!

And a special thank you to my devoted @mamart56574520 for treating us to this fine dining reunion from afar. You are missed... 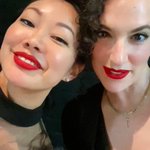 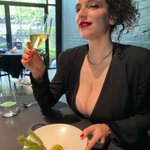 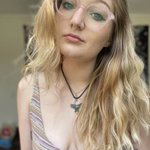 that happy glow be hittin 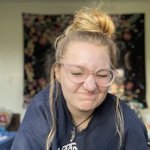 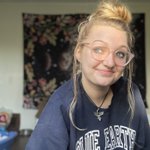